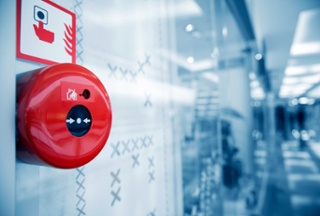 Saudi Arabia has remained one of the most promising fire safety markets in entire GCC region. In last few years, the market has enjoyed strong growth owing to growing construction market in the areas such as residential, retail, hospitality, public infrastructure, healthcare, and education. Also, with recent fire incidences and emergence of high rise buildings the need for advanced fire safety systems have surged in the country.

In the year 2015, the market for fire safety systems in Saudi Arabia declined due to slumping oil prices, which affected infrastructure/real estate spending and construction activities. Moreover, many of the upcoming projects were put on hold by the government to reduce the burden on the Saudi Arabia’s economy.

Unlike Saudi Arabia, UAE, the second largest fire safety market in GCC region registered positive growth due to growing construction activities for the upcoming Dubai World Expo 2020. The event is likely to attract 25 million tourists, which is spurring the construction in the areas of hospitality, public infrastructure, retail, entertainment, etc. Also, government mandates are further fueling the growth of the market in UAE.

Copied from intersec blogs , Posted by Richard McKeon on Sep 25, 2016